Ian Desmond to the DL 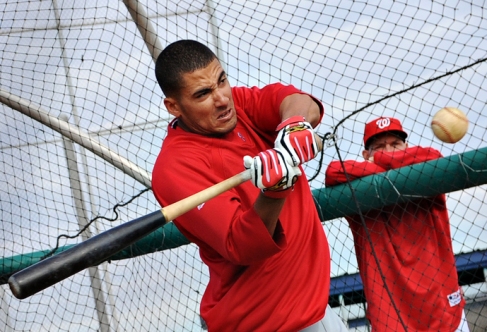 The middle of a swing, sneeze, or poop? You decide.

Some could argue that playing Ian Desmond through the injury they knew he had was a silly decision. They would be right. Ian is going to the DL with a torn oblique and will be out for quite some time. Desmond had put up fantastic numbers while being hurt though, which led many teammates to insult him and beat him with bags of balls in the hopes that additional hurt would lead to greater numbers. At least I think that was the reason. Maybe they just didn’t like him.

Corey Brown makes his return in Desmond’s absence, assuming he can get in the clubhouse door without any trouble. I doubt he’d be recognized.

Steve Lombardozzi will replace Desmond at second base for the time being, which upsets Steve to a degree considering that he doesn’t really like boobs. More of an ass man.