A Spainful Defeat: Another Colony Gets Revenge on the Motherland 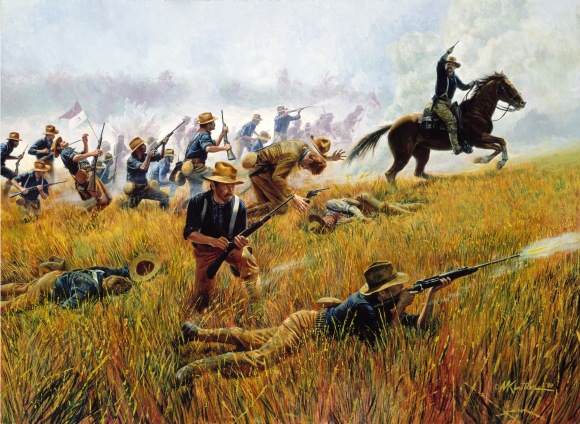 Puerto Rico got a little help from @Teddy26Nats

World Baseball Conflict of the Game: The Spanish-American War

Puerto Rico was one of the last Caribbean colonies that Spain was able to clutch on to with its siesta-taking tentacles. The Puerto Rican independence movement started hitting the big time in 1868, when the island first revolted against Spanish rule. And then immediately lost against some lackluster Spanish militia. Poor Puerto Rico.

Fortunately for the rich port-ers, they got some help from a friendly neighbor in 1898 in the form of the United Fucking States. While the U.S. didn’t decisively take Puerto Rico militarily, Spain did cede the island in the 1898 Treaty of Paris, in which the Spanish admitted to having lost the war pretty badly.

Puerto Rico was free! By which I mean they were American, not independent. But aside from the freedom, the best part about being American was that Puerto Rico could start learning new things at which to beat the Spanish.

Like baseball, for instance. Puerto Rico easily overthrew the Spanish 3-0 on Friday night, with the use of several actually good major leaguers who play in the United States like Carlos Beltran, Angel Pagan, and Alex Rios.

I definitely like this policy of the United States: winning wars, teaching the people we liberated something that only Americans know how to do, then contriving competitions in which the liberated people get to beat the country we fought the war against so as to further humiliate them. Like, I dunno, we should teach the Kuwaitis how to competitively eat chicken wings and then make them have annual chicken wing-eating contests with Iraq.

I mean, the rest of the world does exist solely for our amusement.