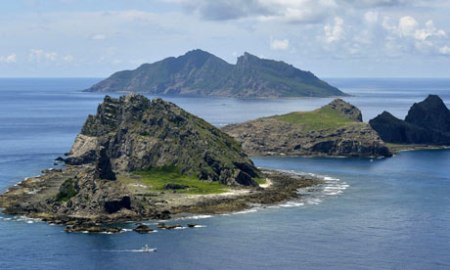 This is what they’re fighting over. …and people say baseball’s boring.

World Baseball Conflict of the Game: A dispute over the Senkaku Island region.

The Senkaku Islands have been a hotly contested region between Taiwan and Japan for the past few decades. Ever since the islands were claimed by Japan during the First Sino-Japanese War, the nations have fought over who is the rightful owner.

Recently an issue arose between fishing boats located in the area in question, as ships belonging to both Japan and Taiwan had a metaphorical pissing contest by actually spraying each other with streams of liquid. But lets try and stray from the urination and penis jokes, and talk about the most recent conflict between the two countries. A baseball game where they tried to beat each other with their wood.

END_OF_DOCUMENT_TOKEN_TO_BE_REPLACED

World Baseball Conflict of the Game: The intense baseball rivalry that apparently exists between Korea and Taiwan

Bottom of the 8th. One on, two out. Korea down by a run. Up steps the Korean third baseman, Jungho Kang. All the eyes of Asia, [racist joke redacted], are upon him. The pitch comes in, and Kang gives it a mighty wallop. Up, up and away it flies, deep into the night. The ball keeps traveling without regard for outfielder or fence. As it landed in the seats, every Korean south of the DMZ erupted in joy (not to be confused with the simultaneous eruption in North Korea, which was just another underground nuclear weapons test).

Korea had taken the lead 3-2, and would go on to win the game by the same score. An Instant World Baseball Classic, no? No. You see, the victory merely put Korea into a three-way tie with Chinese Taipei and the Netherlands for the two second round spots from Pool B. Korea had the worst run differential in games against the other two teams, so they’re out of the tournament.

END_OF_DOCUMENT_TOKEN_TO_BE_REPLACED

A couple Australian players found it unfair for China to get two opportunities, but that’s just their policy.

World Baseball Conflict of the Game: Australia’s participation in the 1972 Joint Communiqué that recognizes the People’s Republic of China as the sole Chinese authority.

There were many things that worked well for Taiwan tonight. Our old friend Chien-Ming Wang turned in a stellar pitching performance (better check to make sure he wasn’t cheating, he’s been known to do that), Cheng-Min Peng led a potent offense that put the team up early, and the all-around performance of the ball club led to a relatively easy 4-1 win over Australia.

Shame the Aussies don’t give a shit.