He’s not taking it well.

In a series of non-tenders, the Nationals have let Jesus Flores go. Jesus, I’d thank you for all you did for this team… but there’s no time. Run.

Run while you can! You can escape being a catcher for the Nationals! Don’t look back!

Didn’t you see what happened to Wilson and Sandy and Carlos? It was going to happen to you too. If you stay too long, I can’t guarantee your safety. It might be hard leaving Washington, but know that the team is doing this for your safety. Find a safer place. Like behind home plate in Arizona, or Minnesota.

Just run. Don’t let the Curse of the Catcher catch you.

On the Road to the Playoffs, TomTom Directs Us Towards a Win

With all eyes on the screen, Tyler realizes that nobody will notice if he takes a quick peek at Chad Tracy’s butt. (Photo by Rob Carr/Getty Images)

Adam LaRoche: 2-3, 2 R, 1 2B, 1 HR, 1 RBI, 1 BB. An Adam Bomb clearly went off tonight. How else would you explain the severe physical deformities of the Phillies fans present? …Huh? Cheese whiz, you say?

Josh Lindblom: Loss, 1 IP, 3 H, 1 BB, 2 ER. With performances like these I would say that the Phillies got the worse end of the Shane Victorino trade. But then I remember they sent Shane Victorino far away, so they clearly won.

Tom Gorzelanny is like the ugly duckling. After months of us making fun of him for how he looked, he showed up today and put together a solid start to set the Nationals on the right track for Tuesday’s game. I’m more willing to accept him now. Sadly for him, he’s not exactly like the ugly duckling, in that his looks are still subpar. Replacing Gio in a spot start is a tough task, especially when you’ve got something weird going on with your mouth like Tom does. But he shone bright. We’d recommend you not look directly at him though. Because he’s shining so bright of course… Ok, I lied, it’s cause of something else.

END_OF_DOCUMENT_TOKEN_TO_BE_REPLACED

Instead of having CIA-head David Petraeus throw out a ceremonial first pitch, the Nats would have been better off having him call in a non-ceremonial drone strike on Giancarlo Stanton. (AP Photo/Alex Brandon)

Adam LaRoche: 0-3. The ohfer is less shameful than the fact that he, as a cleanup hitter, only got up three times. That’s not entirely his fault, but I’m in no mood to accurately assign blame for this game.

There are a couple of things that make this game slightly less miserable than the near-identical game from about a week and a half ago. One, Stephen Strasburg wasn’t pitching this time, so we didn’t have to worry about the fact that his innings were being wasted on an overflowing toilet of a baseball game. Unfortunately, that thing is canceled out by the fact that we now know that Strasburg won’t pitch again this year at all, which casts a pall of misery over pretty much every Nats-related thing that happens. Two, the Nationals only got shut out 8-0 this time instead of 9-0. Unfortunately, that thing is canceled out by the fact that WHO CARES THEY STILL GOT SHUT OUT BY RICKY NOLASCO AGAIN. END_OF_DOCUMENT_TOKEN_TO_BE_REPLACED

The Nationals showing off their new alternate uniforms.

Rookie hazing is a part of baseball. It’s kind of like fraternity hazing, only there’s a lot less alcohol involved. Unless you’re a member of the Houston Astros, where that is the only thing to numb the harsh reality that you’re a Houston Astro. Thanks to a tweet from Gio Gonzalez, we found out just how the Nationals are hazing their rookies; by making them dress up as the 2012 USA women’s Olympic gymnastics team.

Well now just who is who? Which National is which Gold Medalist Olympian?

END_OF_DOCUMENT_TOKEN_TO_BE_REPLACED 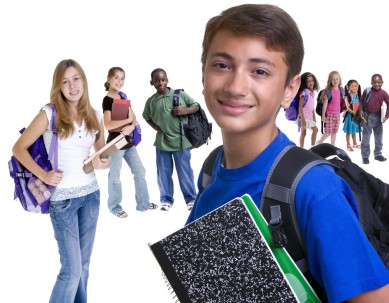 They’re so excited to get started!

It’s September again, and you know what that means. New call ups! Sure it can be a little intimidating coming into a new situation like this, but hopefully fellow students, of the game, will help them adjust. To get to know all these new players, I handed out “Getting to Know You” cards for them to fill out and share with the class. So let’s see what they said.

END_OF_DOCUMENT_TOKEN_TO_BE_REPLACED 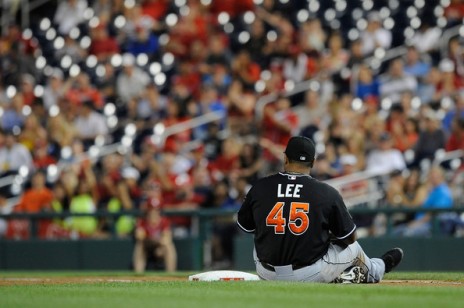 Carlos Lee takes a break from the action to read this month’s Cosmo. (Patrick McDermott/Getty Images)

Dame of the Games:

Adam LaRoche: 3-8, HR, 3 RBI, 2 R, BB, K. By which I really mean “Dame of the First Game,” since he went 0-4 in the second, but I checked the “Doubleheader” section of the ponderous Dame and Shame of the Game Rulebook I have sitting next to my computer at all times and I don’t think I’m allowed to hand out that award.

Shames of the Games:

For the second straight doubleheader, John Lannan won one game and the Nats lost the other. That’s counter-intuitive in the same way that it would be counter-intuitive if the force of gravity changed into a force that just made people perpetually collide at high speeds with the nearest other person to them. I’d rather have the Lannan thing happen than that though, I guess.

It was, on the whole, a rather unsatisfactory day for the Nats, whose split was marred by an accompanying Braves loss and an NL East lead that can now be counted on two fingers, or even two hands if you don’t know how to count with your fingers. END_OF_DOCUMENT_TOKEN_TO_BE_REPLACED

The Nationals traded for Kurt Suzuki today. I feel for the Suzuki family. It’s tough to see a loved one go to fight in a place they are likely to get hurt. Sandy Leon can breathe a sigh of relief now that he no longer has to be behind the plate for the Nats. It will be a heartwarming reunion for him and his wife, who, after a rough first tour, wasn’t sure he would make it out alive.

The team traded away David Freitas, an A-level catcher. He must be thrilled with his honorable discharge before experiencing battle. The Nats also received cash considerations, presumably to cover Suzuki’s medical bills. 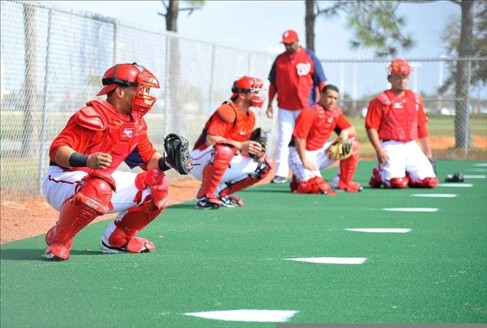 Solano and the other Nationals catchers crouch before what we’re assuming to be a firing squad, given their luck.

Jhonatan Solano is injured and likely going to the DL. It’s time for another edition of “Are Our Catchers Horribly Injured?”

Sandy Leon: With Solano’s injury, a rehabbed Sandy Leon will likely return. Leon was hurt horribly in his major league debut but has made his way back. He will however be placed in a giant bubble for protection. Some may call this inconvenient for catching and throwing, but I think it’ll be just like a pitchback.

Wilson Ramos: Wilson underwent successful ACL surgery today. I’m surprised by this. Not that it was successful, but that there was even an ACL left there.

Carlos Maldonado: Maldonado has been making his way back from injury and is playing at AAA. The American Airlines Arena? Ugh, everyone is going to the Heat nowadays.

Jesus Flores: Flores has escaped the injury bug for the time being and remains the Nationals starting backstop. But let’s be honest, being a healthy Nationals catcher is like being born in the 1800s. You probably don’t have much time left.

Keep tuning in to find out if our catchers go down with violent injuries.

The Nationals at the Break

This toaster is just like our season; We burnt everyone and we too had the option for frozen, as it applied to our offense at times.

Here we stand at the midway point of the baseball season. Or, if you’re someone like Rich Garces, here we sit. It’s much too tiring to stand up with all that weight. Baseball has reached a point when many people take time to rest and many others take time to analyze each team’s performance to this point. Given I am unemployed and thus have been doing nothing but rest for weeks, I’ll give the latter a shot and look at how the Nationals have done to this point in the season.

END_OF_DOCUMENT_TOKEN_TO_BE_REPLACED

Five days later, the now-legendary Leon-Solano staring contest was called a draw when someone finally noticed that the two catchers were missing from normal team activities.

Sandy Leon is a promising young catcher who showed some batting skill in AA Harrisburg this year and figures to play an important role for the Nationals in the wake of the injury to Wilson –aaaaaaaaAAAAAAAAAAAAAAH OH SWEET MOTHER OF HANDS WRITERS CRAMP. OHHHHHHHHHHHH GOD FUCK ME ON A TURNSTILE THAT HURTS SO  MUCH SOMEONE PLEASE SHOVE MY HEAD IN A BUCKET OF LAVA TO DISTRACT ME FROM THAT PAIN MAYBE I WILL WRITE MORE ABOUT SANDY LEON IN A FEW MONTHS WHEN I RECOVER FROM THIS HELLSPAWNED MUSCLE MISERY OR MAYBE NEVER BECAUSE UUUUUUUUUUUUUUUUUuuuuuuuhhhhhhhhhhhhhhhhhhhhhhhhhhhhhh